It‚Äôs a no-brainer that many people come to Aruba to experience its many gorgeous beaches with their soft white sand and sparkling ocean waters. We do hope, however, that your company‚Äôs MICE travelers can tear themselves away from the world-famous beaches of One Happy Island to explore some of the many other wonderful sights there are to see. As your trusted on-site destination management company, ECO DMS will happily make all the arrangements needed for your group of travelers to visit any or all of these six Aruba sights: 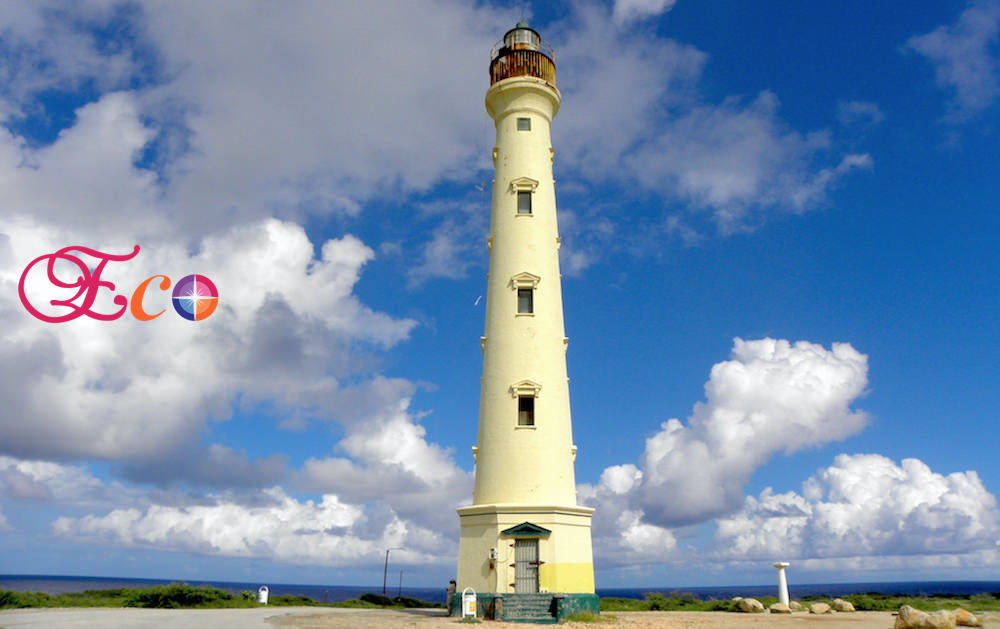 The year was 1891 when a British wooden steamer ship named the S.S. California travelled all the way from Liverpool only to be shipwrecked off the rocky northern coast of Aruba. It was clear that a lighthouse was needed, but one wasn‚Äôt completed until 1910, and it was named after that ill-fated ship. Situated on hill, this site offers some of the most dramatic panoramic views of this part of the island. Recently completed renovations also mean that for the first time in a very long time, visitors can make arrangements to explore the interior of the lighthouse, including going up to the very top for even more spectacular views. 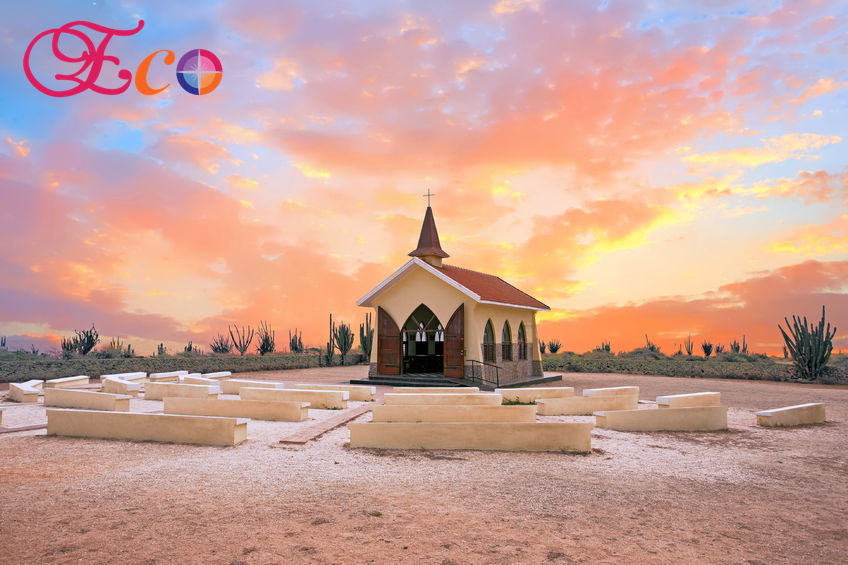 The first Roman Catholic church in Aruba was first constructed on this spot in 1750, but had been long gone for many years when it was finally reconstructed in the early 1950s. Located along the northeastern coastline of One Happy Island and situated on a hill, breathtaking views enhance the peace and tranquility of this area. The winding road leading to the chapel is dotted with a number of white crosses marking the traditional Stations of the Cross. Behind the chapel is the Peace Labyrinth, an 11-circuit Charles Labyrinth that visitors can walk on their own terms for meditation or prayer. 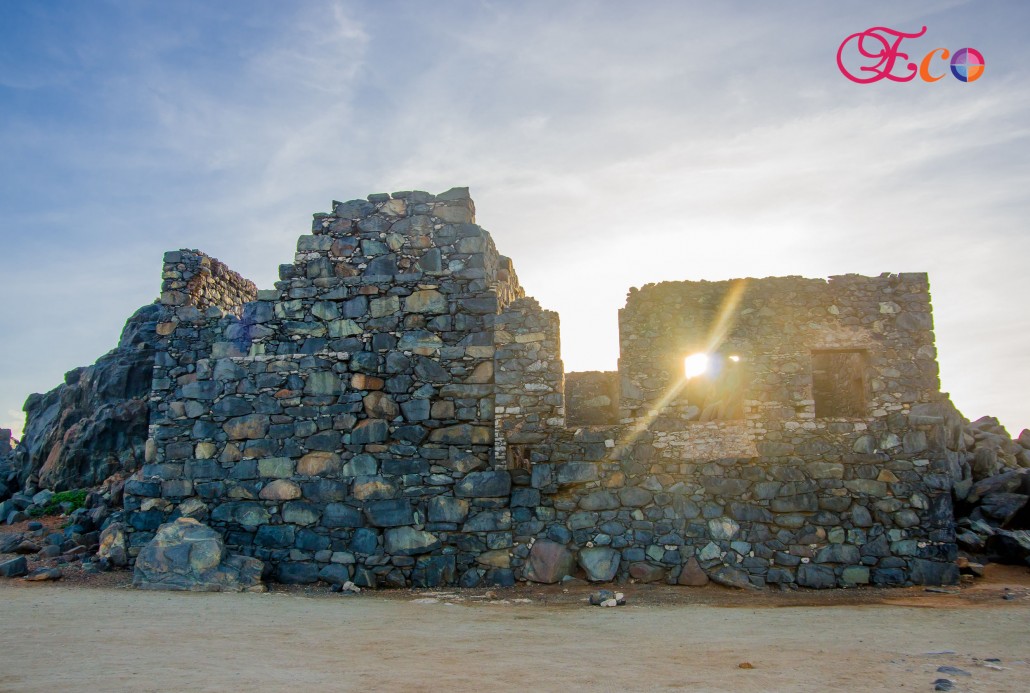 When Spanish explorers first arrived to Aruba in 1499, one of the major objectives was to find gold. There were rumors of ‚Äúred gold‚Äù or ‚ÄúOro Ruba,‚Äù which some believe is where the name Aruba comes from. Gold was eventually discovered on One Happy Island in 1824, which touched off a major gold rush. All the gold ore was processed in a stone building that is now known as the Bushiribana Gold Mill Ruins. Rising seemingly out of nowhere along the northeastern coast are the remains of this facility, which during Aruba‚Äôs short but intense gold rush processed more than three million pounds of gold! 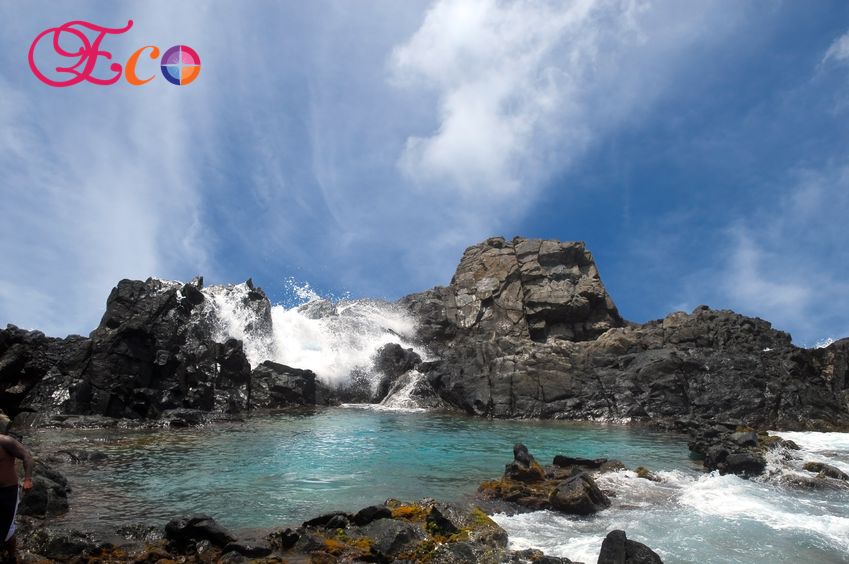 Mother Nature is amazing. In an otherwise deserted rocky stretch of the northeastern coast of One Happy Island within Arikok National Park, she saw fit to arrange for the perfect combination of rocks, volcanic stones and a depression resulting in what the locals call ‚ÄúConchi‚Äù or ‚ÄúCura di Tortuga‚Äù ‚Äì what the rest of us call The Natural Pool. The north side of the island sees much rougher surf, but The Natural Pool is like a peaceful oasis perfect for swimming as ocean spray from powerful waves crash up against the natural stone walls protecting you. The approach to The Natural Pool can only be made on foot, and even to get to that spot requires either a horse or a 4×4 vehicle, all of which makes you feel like you‚Äôve truly discovered something when you get there ‚Äì and you‚Äôll also be ready for a refreshing swim! 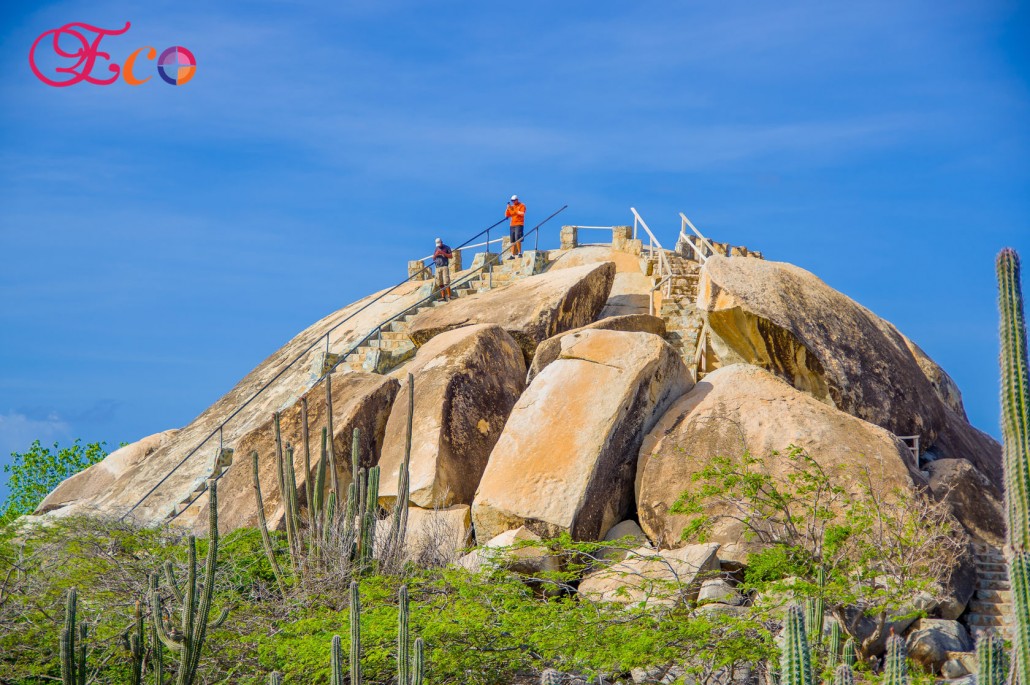 While many of Aruba‚Äôs most interesting sights seem to be located near its shoreline, the Casibari Rock Formation is an exception to that trend. The interior of One Happy Island has a number of these kinds of rock formations, and this is a particularly good one to explore. Out of nowhere in the desert landscape rises this cluster of gigantic tonalite rocks that make for a remarkable geological site. The climb to the top is short and relatively easy (there is also a long and impressive set of stone stairs that can be used for going up or down), but the panoramic views from the top are an amazing experience, including a unique view of one of the island‚Äôs other interesting sights ‚Äì the ‚Äúhaystack‚Äù hill. 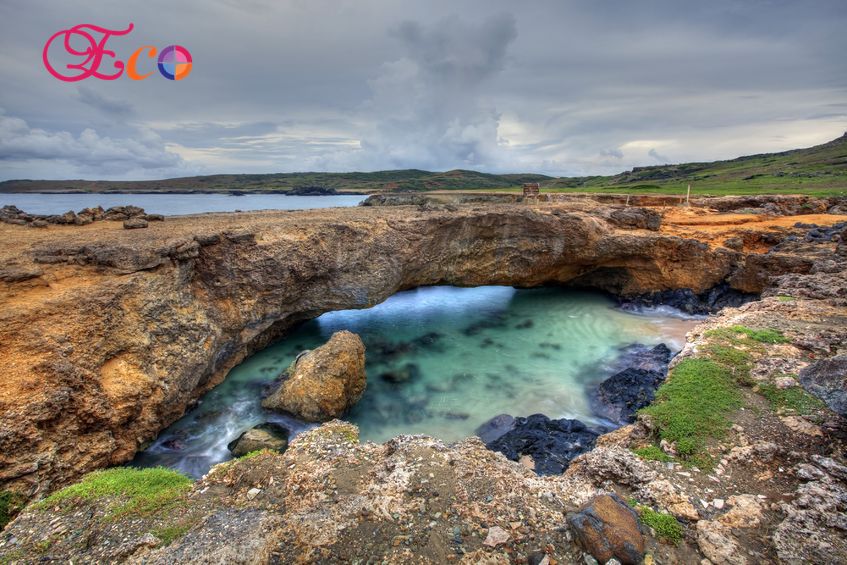 Although One Happy Island is blessed to be located well south of the so-called ‚Äúhurricane belt,‚Äù a particularly strong storm can still have an impact even in Aruba. This was true in 2005 when the storm surge from Hurricane Katrina caused the collapse of the island‚Äôs best-known Natural Bridge. Luckily, another nearly as impressive located next to it remains in-tact, making for a unique stop to see both. Other natural bridges on the island can be found in Seroe Colorado (not far from Baby Beach), at Wariruri Beach, and near Black Stone Beach where (which has a unique tripod bridge).

There are dozens of Aruba sights to see, and ECO DMS is the leading destination management company in the Dutch Caribbean that will make sure your MICE travelers see them all!