Nestled between Aruba and Bonaire, Cura√ßao offers much of what people have come to expect from a Dutch Caribbean island ‚Äì the perfect weather, gorgeous beaches, sparkling crystal-clear waters, and so on. But Cura√ßao is also different from its neighboring islands. It‚Äôs the biggest of the three, being twice the length of Aruba, which means even more of those beautiful white-sand beaches. Cura√ßao has maintained the closest ties to the Netherlands in a cultural sense, making it the most ‚ÄúDutch‚Äù of three sister islands. 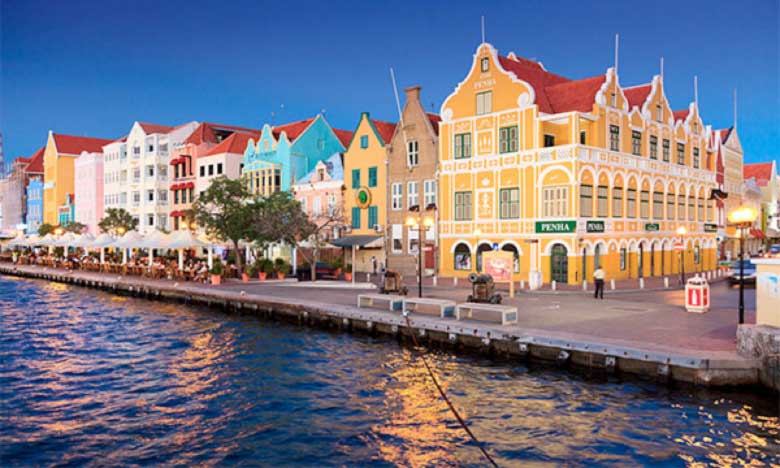 One of Cura√ßao‚Äôs most distinguishing features that sets it apart from the other Dutch Caribbean islands is its capital city, Willemstad. This incredibly well-preserved city has been designated as a UNESCO World Heritage Site, which is a rarity in the Caribbean. It‚Äôs made up of four quarters, including Punda and Otrobanda, which are separated by an inlet called Sint Anna Bay that in turn that leads into a large natural harbor called the Schottegat. The other two quarters are called Scharloo and Pietermaai Smal, located across from each other on the smaller Waaigat harbor. This downtown area features an array of colonial architecture dating back as far as the late 1600s and early 1700s that is heavily influenced by Dutch styles. You won‚Äôt soon forget the stunning palette of bright colors on display throughout the city. The bright yellow building on the corner there is the Penha Building, originally built in 1708. It house the Penha Company, a luxury beauty products business that is still owned and operated by the same Penha family that started it in 1865.

The Dutch Caribbean with a Distinct European Flavor

Another interesting difference between Cura√ßao and Aruba is who tends to visit. For whatever reason, North American tourists tend to gravitate towards Aruba while European visitors make up the lion‚Äôs share of tourists on Cura√ßao. This gives a more naturally European feel and atmosphere to Cura√ßao, which some might prefer.

Cura√ßao: A Dutch Caribbean Island by the Numbers

Interested in finding out more about partnering with ECO DMS for your company‚Äôs MICE travel needs? Contact us now for a free quote!